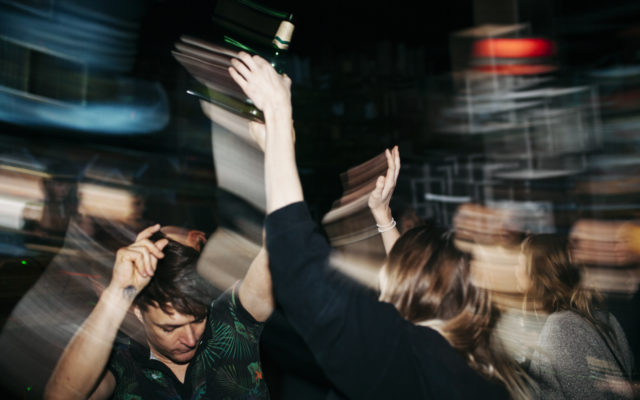 An energetic scene with people on the dancefloor dancing and drinking at a colourful, open air nightclub.

It’s been 50 years now since Nick and Bobbi Ercoline first walked on a particular hillside in Bethel, New York.  “Brings me back to the time when I was 20 years old and falling in love with this beautiful woman here,” Nick said.

They were not alone that first time – far from it. Half a million others were camping out with them on Max Yasgur’s farm on that mid-August weekend in 1969. At the Woodstock Music and Art Fair – “Three days of peace and music,” the poster promised – what no one counted on was torrential rainstorms that turned the site into a muddy mess, with food, water and bathrooms all hard to come by.

There are plenty of stories about the bedlam that marked those three days. But half a century later, Lawrence said that’s not the enduring meaning of Woodstock: “It became a rallying cry for young people who were disappointed with the way their government was treating them, disappointed with the progress of civil rights and an unpopular war in Vietnam.

“And Woodstock to them was a gathering of the tribes. It gave them optimism. It gave them that idea that we could change the world.”

CLICK HERE to read the original/full article from www.cbsnews.com