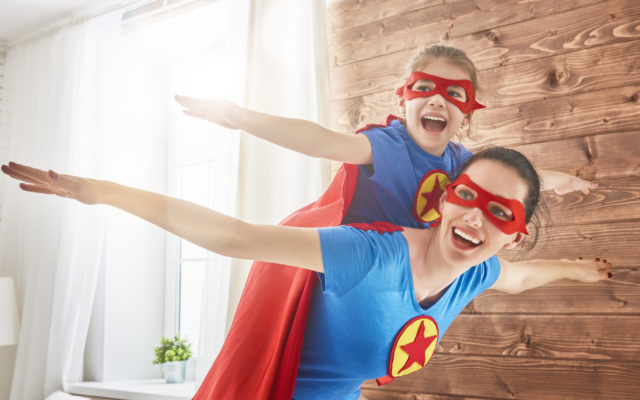 Mother and her child playing together. Girl and mom in Superhero costume. Mum and kid having fun, smiling and hugging. Family holiday and togetherness.

The Wonder Woman sequel is scheduled to hit theaters on June 5, 2020. Though parts of the DC Extended Universe (DCEU) are getting rebooted—Ben Affleck and Henry Cavill have left their roles as Batman and Superman, respectively—Gal Gadot’s Wonder Woman had a massive debut in 2017 and is sicking around (as is Jason Momoa’s Aquaman.)

Wonder Woman 1984 is, indeed, set in 1984. That’s a huge leap from original film to sequel: The first Wonder Woman movie took place during World War I. And Wonder Woman hasn’t aged at all.

Gal Gadot is returning as Diana, a.k.a. Wonder Woman. She faces off against two potential villains. One, Max Lord, is played by Pedro Pascal (the ill-fated Oberyn Martell in Game of Thrones and Baby Yoda’s keeper on The Mandalorian). But the main villain is Barbara Minerva, a.k.a. Cheetah, played by Kristin Wiig.

CLICK HERE to read the full article from www.time.com